Who Let the Woofs Out 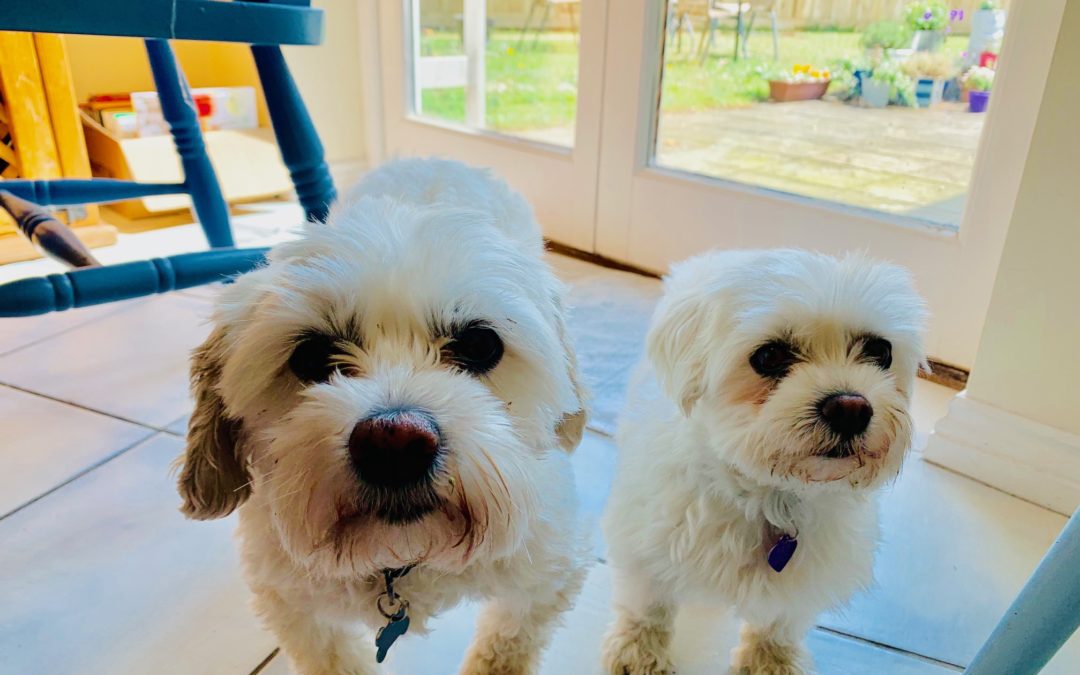 This week, we got a new fence put up – NOW THAT’S EXCITING, is it not? Lol. Not so much BUT, there’s always something that gives me a little food for thought. Bare with or is it bear with …?

As the boy is back from his first year of uni, he had taken ownership of my office AKA his old bedroom, as he rightly should, so it was back down to the dining table for me and my ‘puter. At the beginning of the week, we had our rather looooooong back garden fence replaced as the old one was past it’s best, having had bits of it fall down most of it’s 13 years – there’s a bit of a wind tunnel. 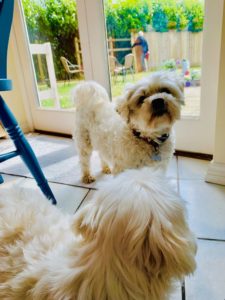 I’m getting there, give me a min. So back down in the dining room on Monday / Tuesday and although I was supposed to be working, I was fascinated by our 2 woofers. They may be small and fluffy but the old, slightly larger one has a bit of an aversion to any other woofer known to wo’man and next door my sister-in-law has 2 lovely big woofs and let’s just say, our Monty Dog isn’t too keen – his issue, not theirs.

Does this ring any bells?

They may be little woofers but doesn’t that sound like what us, as human need too? Animals instinctively know what they need and ACT ON IT. They’ve not got their doggy noses in social media saying ‘I haven’t got time’, ‘I can’t be arsed’, ‘my favourite show is coming on in 15 minutes so there is no point in me moving, I’ll just look at my phone a bit more’, ‘I’ll go to the gym tomorrow’, … excuse, excuse, bloody excuse!

Do you know who else does this? KIDS!

Watch any little kid and they are loving life (well mostly lol). They run to where they want to go because it’s so exciting to go somewhere new & they instinctively know that’s what their bodies are for. They are fascinated by nature, the way butterflies flutter around, the rain when it pours – they want to jump in the puddles. Even when they have some of their fav food in front of them, if they’ve had enough, they STOP! They know when they need affection, they know that a cuddle can solve so many things, so they ask (well maybe cry) for one. 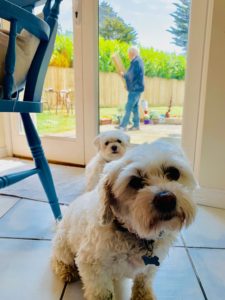 ‘Seriously they better be done soon!’

Don’t you think maybe, just maybe, we should watch and learn from them occasionally instead of the other way around, obviously within reason, but just think about it for a min.

If you have an animal at home, watch its behaviour, if not, watch one when you’re next out & about. If you have a kid at home or not, same thing. Yes, you would say ‘well, kids scream’, absolutely but whats the bets, they are hungry, thirsty, need clean undergarments lol, are OVERTIRED! We may be the older ones but there’s so much we can learn from the young ones and the animal kingdom.

Stop and take a look once in a while, you’re not too big and clever to learn from someone or something other than an adult.