Have You Ever Disappeared? 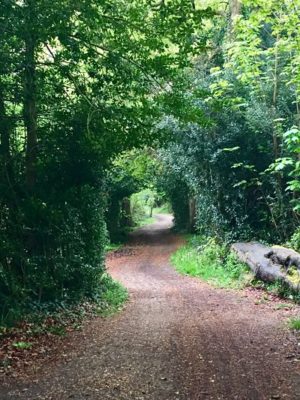 I did this morning, unintentionally, only for a short time and I didn’t actually know I had.

Nothing dramatic lol, I just took myself out for a bike ride before anyone else in the house was awake. I had various things on my mind; conquering the Health & Wellness world, usual family stuff, the need for the body to move and of course, the fact that I hadn’t had much  ‘MiscElainey Musings’ inspiration in a while – and you know I like to talk to you and share my random view of the world. My mind was a bit jumbled and just a bit blank and let’s face it, the trusty bike hadn’t been out for a while.

So, this morning, when I woke up and there was silence in the house and in my head, I decided to get the Activewear on (I fell asleep on the couch in my activewear the other day – oh the irony), haul the bike out of the shed (it’s been a while), pump the tyres up (found the pump on first look, clearly the bike ride was meant to be), switched on a random daily mix from Spotify and off I went.

“Well, that’s not disappearing!”. I hear you cry, and I would agree, I didn’t think so either. Well, not until 15 mins later when the girl rang my phone (mid ‘There she goes’ by the La’s, funny) and says, “Where are you? I’ve looked all around the house twice for you and your car is still here”. Little chat, ‘thanks for being concerned but I’m fine’, and ‘I’ll be home in a bit after I’ve enjoyed my bike ride, bye bye!’ Choons back on, and off I go again. 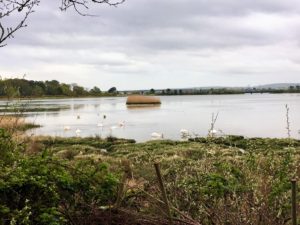 I like to do a 10km circuit from my house which goes along a wee bit of main road, past the local Asda and then it’s onto a track that runs along an inland lake called Holes Bay. It is a designated harbour quiet area with loads of birds and wildlife etc. Really really lovely and peaceful with fabulous views. Another 10 mins of peddling – PING – What’s app this time (mid ‘Ghost Town’ by the Specials, lol another funny) from the hubster “Hi, is all ok?”. lol Bless him, stop for a quick reply ‘yep am not a missing person, I’m just on a bike ride and will be back, in one piece’. And …. back. Obviously, it was way too early for the boy to be awake and he probably wouldn’t have noticed unless the ftidge had run out of food.

Back on bike  and guess what – ‘Come on Eileen’ by good ol’ Dexy’s Midnight Runners. I’ve always claimed that song as my own, there’s only a few different letters in the name and I vie ANYONE not to sit up a little straighter, smile a little bit bigger and start to peddle a little bit harder with that in your ears. As I’ve said in previous musings, songs can really have such an effect on how you’re feeling.

So what has this drivel got to do with anything? 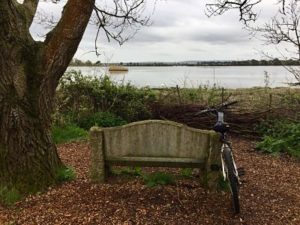 1 – If you feel that you might have disappeared or are an itty bit lost, there are ALWAYS people that care about you, want to know you’re ok and that is a really comforting thing to know and feel. It is absolutely A-ok to have some time on your own and we ALL do need it from time to time (we do forget this at sometimes). Everybody does. I didn’t really disappear, I was just misplaced for a while lol.

2 – When you do have some brain fog (what was I talking about?) or need some inspiration for work, life, family, it’s a really good idea just to get outside, get away from the norm. Put some choons on, let your mind wander, check out some scenery and move your body, your brain WILL follow & WILL respond. I didn’t set out to find inspiration this morning, I was just aware that it was lacking and low and behold the Universe provided in all its randomness.  Writing this and other ideas literally just popped into my empty head. Woohoo.

3 – And if in doubt, put on ‘Come on Eileen’ and maybe even go buy yourself some dungarees and a neckerchief lol.

Have a wonderful weekend and if need be, disappear for a little while but maybe tell your loved ones where you are off to.